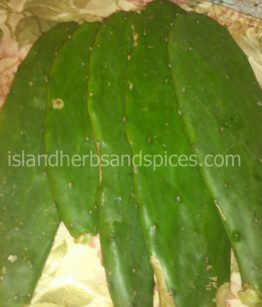 A Collection of Jamaican Herbal Teas $37.00

The Chaney root is found in the deep woodlands of Jamaica, this roots is used by persons, both young and old as a Tonic and medicinal cure for several illnesses including; impotency (low sex drive), cleansing the blood, rheumatism and arthritis, neutralizing acids, skin conditions and fatigue. The Chaney Root is also said to be packed with Iron and promotes excellent physical strength. The root can also be boiled with other herbs including Sarsaparilla, red hibiscus flowers and even Garlic.

Please consult your doctor before buying and using the Jamaican Chaney Root.
How to use Chaney Root
The Chaney Root is generally boiled and sweetened with sugar or honey and drank as a tea in the morning. The root is very strong and can be boiled twice or even three times.
To every 25g of Chaney Root you can add approx. 950ml water and boil.

Chaney root, botanically referred to as Similax Balbisiana, is a well-known Jamaican herb used as a tonic. The chaney root grows throughout the Jamaican woodlands but the herb is very widely cultivated in the Jamaican Cockpit Country; a ecological wonderland located in the west-central region of the island.The brown root contains significant amounts of iron and is popular amongst men looking to boost their sex drive and stamina.

How to use Jamaican Chaney Root

Jamaican chaney root is used either as a herbal tea or as an integral ingredient for tonic drinks. To make chaney root herbal tea, firstly the root being used is normally allowed to soak overnight. The root is then boiled for 15 to 20 minutes after which it is strained and sweetened with honey or sugar. Jamaican Chaney root is combined with other herbs, such as Sarsaparilla, to create a tonic drink. The herbs must be boiled properly before use in order to reduce the risk of side effects.