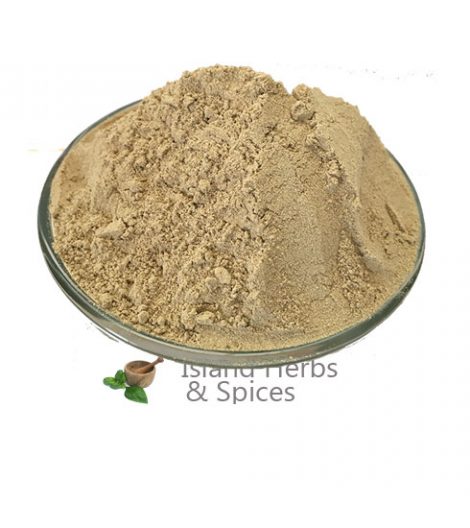 Burdock root is a type of vegetable that’s mostly found in Europe and northern Asia. Formerly, it was native to only these two regions, but now it is also cultivated in the United States. Burdock roots are very long and usually appear brownish or black in colour. In Asia and Europe, burdock root has been used for hundreds of years to treat various kinds of health conditions. Locals in the aforementioned places use it as herbal medicine to improve digestion and increase urination. Burdock root can also serve as food for humans. In Japan it is called “gobo” and is one of the staple foods there. It can be consumed raw or cooked like any other vegetable.

Asides eating the cooked roots, you can also consume burdock root as an herbal tincture, a tea, a decoction (liquid from boiled roots) or crushed powder. Burdock root powder is obtained from ground burdock root. It can be converted to capsules or used in the production of cosmetics.

A study conducted in 2010 reveals that burdock root contains different kinds of strong antioxidants, including luteolin, quercetin, and phenolic acids.

We have a lot of toxins and free radicals that can damage cells in our bodies. Antioxidants keeps our body cells safe from these free radicals. They also protect us from different kinds of diseases and help decrease inflammation. According to a research conducted in 2014, burdock root lowered inflammatory markers in the blood for patients suffering from osteoarthritis.

Burdock root is popularly known for its ability to cleanse the blood. New research has shown that burdock root can eliminate toxins from the bloodstream. A study conducted in 2011 reveals that burdock was able to purify blood and improve circulation.

Apart from detoxifying the blood, burdock root may also prevent certain types of cancer. According to a study conducted in 2011, burdock seeds had “powerful inhibitory effects“ on the enlargement of tumors caused by cancers such as pancreatic carcinoma.

A new research conducted in 2016 discovered that burdock root considerably reduced cancer cell growth. More research needs to be done to ascertain the complete effects of burdock roots on cancers and tumors, but this is still an important discovery.

Burdock root is used as an aphrodisiac by most people. A research carried out in 2012 revealed that the extract of burdock root had and aphrodisiac effect on males rats. The burdock root extract greatly influenced the sexual behaviour of the male rats and increased their libidos.

Skin blemishes like acne, eczema and psoriasis can be treated with burdock root. When burdock root is applied externally on the skin, its antibacterial and anti-inflammatory can help treat skin defects.

According to a research conducted in 2014, burdock root may also help in treating skin burns.