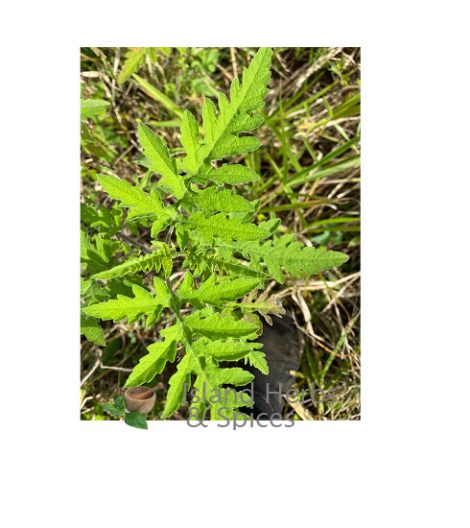 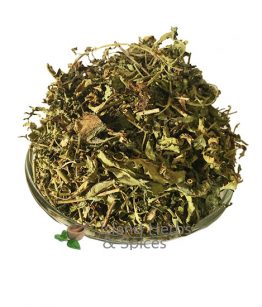 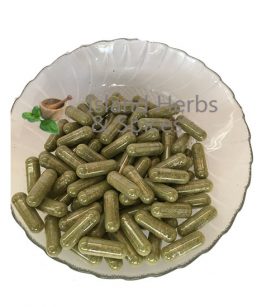 The Peruvian Ragweed is a native species that grows from Mexico to Panama. It is known for its emmenagogue, emollient, and disinfectant properties. Among many other uses, traditional medicine has used Peruvian Ragweed to treat colic issues, liver problems, hemorrhoids, insomnia, fevers, headaches, and muscle aches.

The Peruvian Ragweed is known by many different names, depending on the country it is found, such as Camphor (Cuba), Altamisa (Spanish), Wild Ambrosia (Spanish), Artemisa (Spanish), Asteraceae (family), Maki (Bolivia) and Ragweed (English).

The word Ambrosia derives from the Greek word ambrotos, which means “immortal,” and refers to the sustenance that granted the gods their immortality. Peruvian refers to the nation where the species was discovered. The Peruvian Ragweed is primarily found in Puerto Rico, Jamaica, and some of the Lesser Antilles; also in Mexico, Bolivia and Colombia.

In the young branches, the leaves are opposite and alternate, and they are very thinly lobed with each lobe having very pronounced teeth, thus they are suggestive of a type of fern. When touched, the leaves also release a strong, distinctive odor. The leaves retain the same thin white pubescence that is present on the stems, which contrasts with the green foliage and the reddish tones of the petiole and young stems.

The blooms can be either male or female; the male flowers are those that are born in clusters and are less obvious because they have the same color as the leaves, a slight yellowish or whitish tone, and are much smaller. Since they are born in the leaf axils and are covered by so many leaves, the female flowers are not particularly noticeable.

As an useful ornamental plant and bee attractant, it can also be used as an organic pesticide, bactericide, and fungicide to control pests and diseases in gardens and crops.

The Peruvian Ragweed has an extremely bitter flavor and can be easily reproduced by cuttings.

It is cultivated in gardens as an ornamental plant .

Put the trimmed or shredded plants in a suitable container that cannot be broken by the action of boiling water. Boiling water is poured over them in a proportionate quantity, and immediately covered well, leaving it to rest for about ten minutes. Then it is passed through a strainer and the preparation of the infusion is finished. In cooking, the plants are boiled for several minutes.