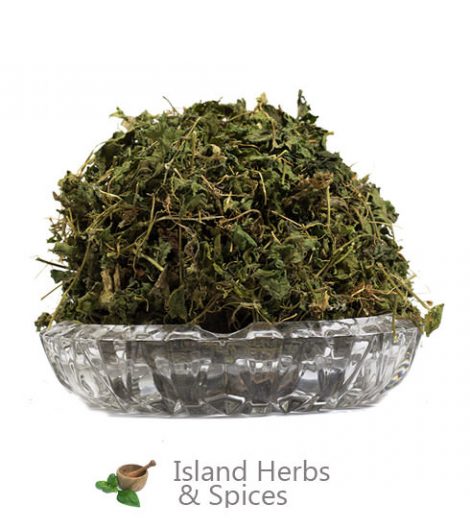 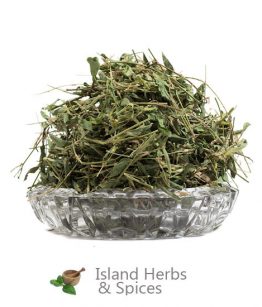 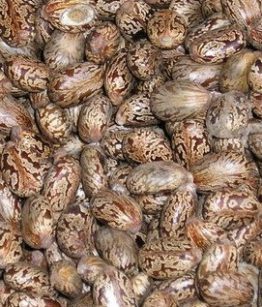 In Jamaica the cerasee is used as a tea, the tea can be very bitter depending on the amount boiled.

Persons use this bitter plant as a medicine to purify the blood among other things.

Available in Herb and Capsules

What is Cerasee – Bitter Melon?

The Cerasee – (Momordica charantia) commonly known as Bitter Melon is a popular herb known for its culinary and medicinal uses. The herb is native to the tropical Asian, Caribbean and South African climates and belongs to the Cucurbitaceae family. Cerasee is a vine that grows by wrapping its tendrils around any object it finds close by such as fences, posts or other plants. The herb gives yellow flowers that yield yellow fruits. The fruits lemare known as Cerasee gourds and are extremely bitter. The fruits are shaped like bumpy cucumbers. Largely a wild plant, Cerasee thrives in several hot, humid environments. The herb is currently being grown by many for its medicinal and culinary benefits. It can either be sown in the ground or in a pot. For optimum growth, the plant needs full sunshine and does best in sandy, loam soil.

Cerasee has largely been adopted for its medicinal uses in the Caribbean, Asia and parts of Africa. It is currently gaining popularity in the United States and various other places due to the numerous health benefits it possesses.

Control and Prevention of Diabetes

Cerasee has been observed to have strong anti-diabetic properties. The herb contains a number of substances which are effective for the control, treatment and prevention of the condition. One of the substances contained in the herb is Charantin. The chemical has strong lowering effects on the blood glucose effects. This makes it a useful remedy for improving the glucose tolerance of the body. The herb also contains polypeptide – p, an insulin-like compound that is pretty effective for the control of diabetes. Cerasee possesses a lectin that is believed to cause a hypoglycemic effect after consumption of the fruit.

Cerasee has been for a long time used in the treatment of various kinds of ulcers. The herb is an effective remedy for both leprous and hard-to heal ulcers. With proper application, the herb is also a potent treatment for malignant ulcers.

In certain parts of Africa, Bitter Melon has been adopted as a method of preventing certain diseases. It is especially used in averting infection of viral diseases such as chicken pox, measles or even HIV/AIDS.

Although still debatable, Bitter Melon is believed to aid in the control and treatment of cancer. Certain populations use the herb’s extracts to reduce cancerous inflammations and reverse the condition. Some studies indicate that the plant has compounds that can kill breast cancer cells and or suppress their growth.

There are several other medicinal uses of the herb. Some of the common ones include, treatment of chronic cough, burns, remedying painful menstruation, colic, intestinal conditions, liver diseases, kidney stones and a variety of skin diseases.

The method of usage depends on the condition it is being used on. To boost the T-Cell count, the herb is used to prepare a decoction that is orally consumed. For treatment of superficial ulcers, an ointment is made out of a mixture of Cerasee combined with other ingredients and applied to the affected area. extracts from the fruit and seeds of the herb are used to heal ulcers caused by stress or aspirin.