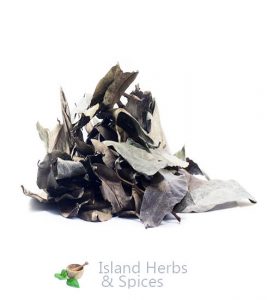 Cancer is a very devastating disease affecting millions of people and it’s currently becoming a public health concern. Globally, a lot of lives are lost to cancer annually and the numbers increase as years go by. There are several types of cancer and most of them can only be controlled and not cured. As much as cancer is not curable, it is important to ensure that it is controlled to help the victims live a less painful and a close to normal lifestyle. With good control methods one can have several years’ survival even with this disease. The following Jamaican Herb would help you fight cancer. The guinea hen is a popular herb that’s celebrates a good history in the management of several conditions in Jamaica. It is highly rated in the treatment of diabetes, arthritis, several infections and digestive disorders. Besides these this, the guinea hen has also exhibited very good action against cancer cells. Its activity against cancer is possible due to the bioactive molecule called dibenzyl trisulfide that attracts and kills the cancer cells. It does this by inhibiting the protein kinase which helps in the survival and proliferation of the cancer cells. As much as the guinea hen is so active against the cancer cells, it is friendly to the normal cells of the body. The sour sap is a relatively small, evergreen plant commonly found in South America, Africa and Southeast Asia. This plant produces an edible fruit that also serves different other purposes. Besides being a powerful antibacterial and an antioxidant, the sour sap leaves can also help you in your battle with cancer. Several scientific studies on sour sap have demonstrated that it has a powerful activity on the cell lines of a number of cancers. This plant has several annonaceous acetogenins, compounds which have antitumor activities on breast cancers, prostate cancers, colorectal carcinomas, liver and lung cancers. Sodium formate derived from formic acid is an imperative substance in metal based cancer treatment solutions. This chemical popularly used as a food preservative could mean a substantial improvement to a cancer patient. It catalyzes the cancer cells to rapidly divide in to unnatural lactate which leads to their ultimate death. While acting on the cancer cells, the sodium formate leaves the body’s cells untouched making it safe. The stinging nettles common at your backyards and gardens is rich in sodium formate and it could play an important role in managing different cancers. Besides being a common antipyretic and an anti-infective agent, neem plant helps in treatment and prevention of a number of cancers. Its leaves contain a substance, beta carotene, vitamin, azadirachtin, azadirone, nimbolide, kaemferol, glucopyranoside and deoxonimbolide which assist in preventing cancer by strengthening your immune system. They also decrease the inflammatory responses, removing free radicals and reducing cell differentiation whish are all processes that lead to development of active cancers.
Read More
Categories: Jamaican Herbs
Do NOT follow this link or you will be banned from the site!