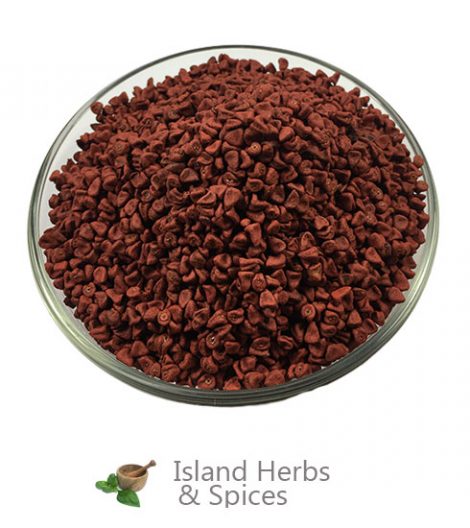 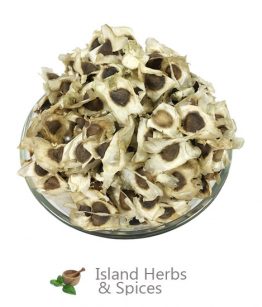 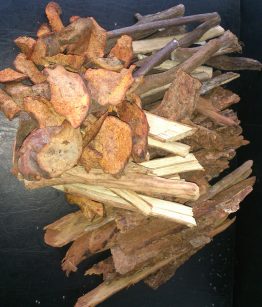 Annatto Spice, or simply Annatto as it is commonly known, is derived from the seeds of the Jamaican Annatto tree. The plant is also known as Achiote in parts of Central America and Mexico or Urucum in Brazil.

What is Annatto Spice?

Annatto Spice, or simply Annatto as it is commonly known, is derived from the seeds of the Jamaican Annatto tree. The plant is also known as Achiote in parts of Central America and Mexico or Urucum in Brazil. The Annatto plant thrives in the tropical and subtropical regions listed above, along with other areas such as Southeast Asia. Annatto has long been used in the Caribbean region as a food additive and also in herbal medicine. The seeds were also used by ancient civilizations, such as the Aztecs, to do body painting.

How to use Annatto?

Annatto has been, and still is, used widely in the Caribbean region as a culinary spice. It is also popularly used as a commercial dye, food colorant and as a medicinal herb. Annatto is commercially used to add colour to butter, margarine, cheese, rice and a wide array of other foods. As a medicinal herb, the plant is primarily used to make herbal tea or an Annatto concoction. The entire plant, including the leaves, stem and root can be used medicinally. The herbal tea made from Annatto is made by boiling sufficient amounts of the leaves alone, or with the root, then allowing it to steep for a few minutes. The tea may then be sweetened with honey to improve the taste. The plant’s leaves can also be used to treat skin, eye and ear infections.

The leaves of the Annatto found in Jamaica are known to have antimicrobial, antiseptic, anti-inflammatory, antibacterial, astringent and diuretic properties. They also act as a digestive stimulant while also helping to protect the liver and lowering cholesterol levels.These properties make the herb useful in treating a host of illnesses and diseases such as prostate and urinary infections, skin infections and digestive problems. Annatto can also be used as an aphrodisiac and has been used in traditional forms of medicine to treat hypertension, fevers, hepatitis, malaria and also used as a laxative and insect repellant.

OTE: We highly recommend that before using any herbal medications you should consult your health care provider or medical doctor for professional advice.

WishlistWishlist
Do NOT follow this link or you will be banned from the site!